Things I miss about the Belgrade - II

Carrying on with my listing of things I miss the most about Belgrade, here's the second item on my list: Burek! There isn't a street in Belgrade where you won't find a pekara (bakery) or a buregdžinica (a place for burek and pita) - they are everywhere, tempting you to step in and order some delicious (and often really unexpensive!) pastry delight. 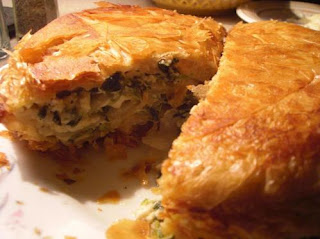 I was told the word burek is used to reffer specifically to the meat filled pastry. Pastries with fillings other than meat are called pita, meaning something like "pie", but not quite. So if you want a cheese "pie", you should order a pita sa sirom, or sirnica. Maybe a potato one? That would be krompiruša. And so on, depending on the filling. 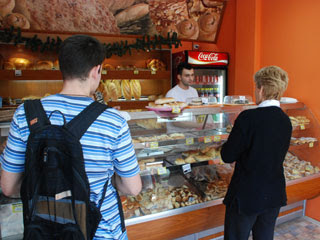 A pekara (bakery) in Belgrade

In Serbia burek is often round, pretty much like a pie. I read (or I was told, can't remember) that this shape of burek was created by a turkish baker in Niš (a city in Southern Serbia), some 5 centuries years ago (God, that's as old as my home country!). In Bosnia, though, burek and pita are rolled, creating either small "buns" or big rolled pies. I love both shapes, haha, can't pick one. 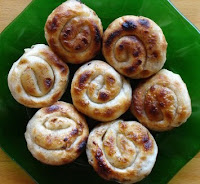 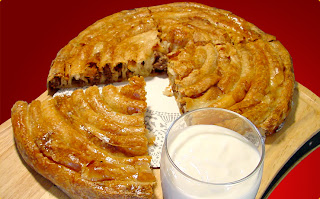 Now, I've been to Belgrade time enough to know some good places for a burek and I have to say that the best one I've ever been to is this buregdžinica called Sarajevo, at Svetogorska street, 38. It's open 24 hours a day (!!!) and it's totally worth a visit. And if you can't say a word in serbian and feel embarassed to step in and order in english, fear no more! They do speak english there, as in many other places around the city.

Come to that, here's a fact: people often tend to think that most people in Belgrade won't speak any english. If you too think so, you'd be surprised: no matter how good or bad one's english is in Belgrade, they will always try and help you out as much as they can. And they will be delighted if you try some serbian words. So, no reasons to be embarassed ;)


Ps.: I'm eternally grateful to Valja for having "introduced" me to Sarajevo :D
By Maria at 01:24
Email ThisBlogThis!Share to TwitterShare to FacebookShare to Pinterest

You made me feel hungry putting here these images, well I'll have to go to the the store to buy something really delicious like this.